In information management approaches serviced by ICT’s, Decision Support Systems (DSS) aim at translating the often vast amounts of data and output generated by technologies described in the previous sections (GIS,  remote sensing, mobile technologies, analytical tools) into insightful information, which can be used to guide decision-making efforts from process to strategic level. Advanced decision-support functionalities are synthesized using business analytics and optimization algorithms in order to convey high-level information. For this reason, decision support systems can be viewed as a critical link between science, policy, and decision-making.

ICTs support the operational platform of DSS (e.g. the DSS software application) and perform the analytical/computational processes required for data analysis. Optimizing DSS tools, from their user interface to their analytical complexity, in order to meet stakeholder needs, is a critical part of ensuring their effectiveness.

One of the challenges of creating useful DSS systems is finding the right level of high-level information provided to the user. Even when DSS analytics follow a rigorously data-driven approach, it is ultimately this diluted, high-level information, and its compatibility with user needs and operational context, that define whether a DSS is successful. For this reason, DSS systems sometimes operate as ‘black boxes’: the user understands the inputs and interprets the simplified output (e.g. projected scenarios for water use, corresponding to different policy options), while the analytical component is less transparent. 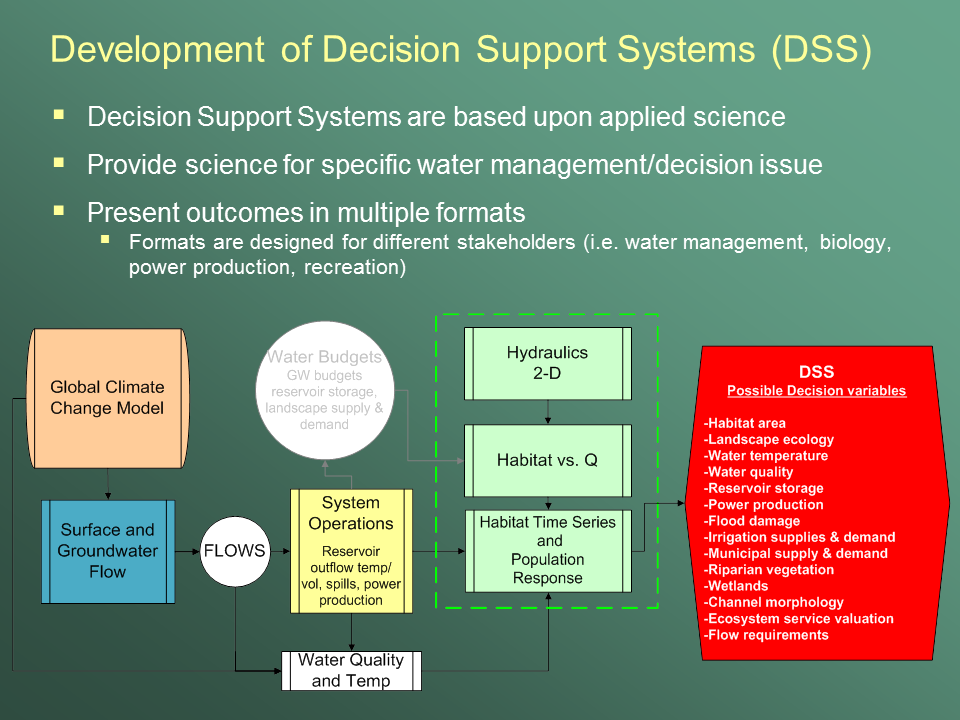 DSS tools that focus on applications that are mainly data driven can make best use of the optimization and simulation capabilities of ICTs (discussed in the Data Analysis section). Enterprise level decision-support systems employed by utility companies typically belong in this category (e.g. IBM’s Intelligent Water DSS, aimed at optimizing water utility operations). In many water management and water security projects, however, the decision-making process is impacted by a range of additional factors (e.g. policy developments, regulations, funding) which are difficult to predict or quantify (i.e. be modelled as a data-stream within the DSS). For this reason, strategic level DSS needs to be customizable and configurable to changing inputs and functional paradigms.

In the case of grassroots-level, community-oriented, DSS systems, the objective is to provide options for decision-support to large, typically non-technical, user bases. Data is collected through user-friendly interfaces, sometimes along decision-trees, while outputs are designed to be simple and clear in order to increase their utility. DSS applications which cover complex and often critical issues, requiring a mixture of community-input, scientific rigor, and flexibility to consider unstructured inputs (e.g. policy, regulation), use the analytical capabilities of ICT’s to varying degrees.

A good example is provided by the decision-support tools which have been developed in order to aid in the valuation and assessment of ecosystem services. Depending on each tool’s scope and capabilities, the environmental, societal, and even the financial valuation and quantification of ecosystem services (often in terms of prioritization for management planning) can be implemented within the DSS through a wide range of techniques. These range from basic decision trees requiring minimal ICT support to complex modelling algorithms. Table 1 provides summary information on DSS tools for the valuation of ecosystem services. Note the diversity in implementations (qualitative vs quantitative, software based or not, specialist technical knowledge required). 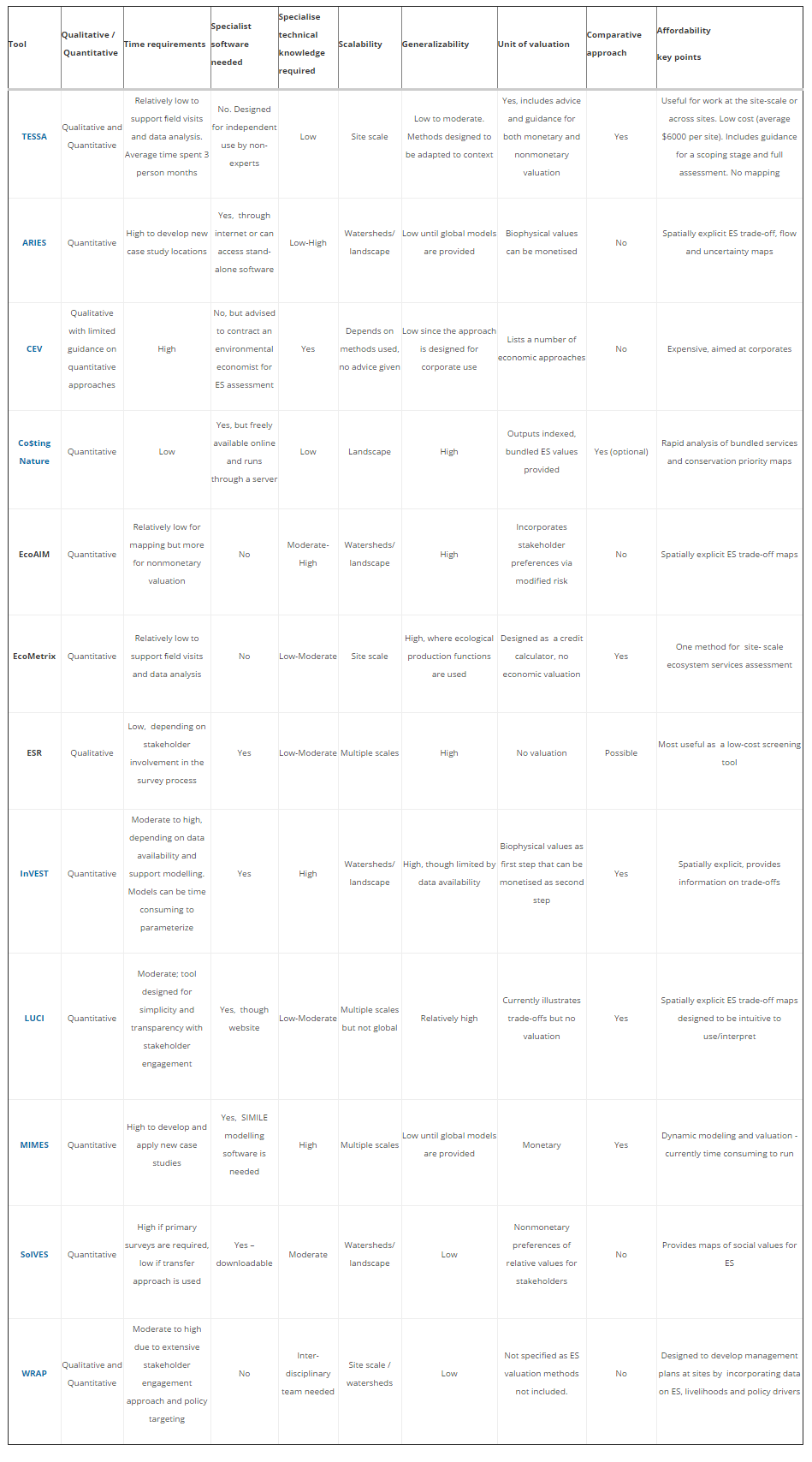 Table 1. A comparison of decision-support tools for the valuation of ecosystem services. Source: http://www.birdlife.org/worldwide/science/Toolkit_for_Ecosystem_Service_...

GIS Based Communication Platform for the Sustainable Management of Transboundary Water Resources in Lithuania, Poland, Belarus and Kaliningrad Region (Russia)

Water in Central Asia Knowledge Base