It is no secret that mobile platforms have been at the forefront of technological innovation throughout the last decade, and their importance / market share is only projected to increase further. Smartphone shipments have exceeded those of desktop computers. The rapidly growing capabilities (sensors, hardware, software, social networking) of smartphones and tablets, coupled with their portability and accessibility, make them one of the most impactful ICTs in the world today. In fact, most functionality provided by ICTs previously described is already offered, in some form, on mobile platforms: 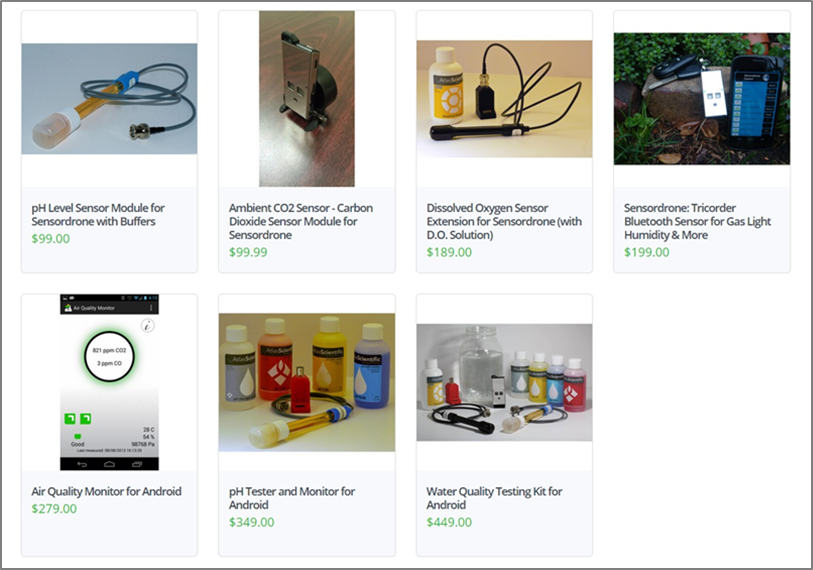 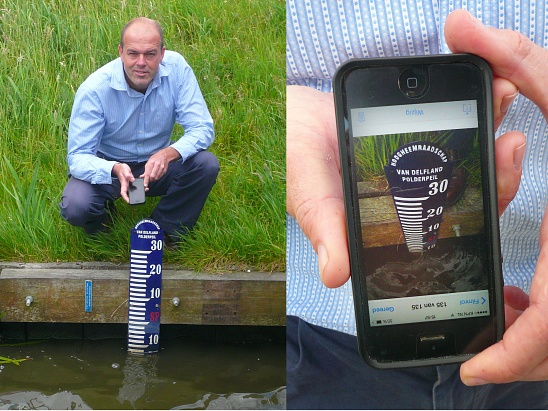 One of the most exciting developments made possible by the rapid spread of mobile technology is crowdsourcing. By engaging citizen scientists in spatially and temporally distributed measurements of processes, a significant yet inexpensive stream of useful information can be generated.

The ubiquity of mobile phones means that mobile technology and instrumentation is available for data collection and transmission in areas where traditional monitoring infrastructure might be insufficient or lacking (e.g. developing countries, rural areas). By popularizing simple tools and applications allowing the collection and transmission of water data (e.g. water quality, water levels, storm water), as well as the opinions and ideas of the users, crowdsourcing can both generate highly valuable stream data, and foster a participatory approach in water resource management.

There is clear and accelerated progress in the application of mobile technologies in support of crowdsourcing. On one hand, as technology continues to evolve, more and more sophisticated instrumentation will be made available in portable devices, including mobile phones. On the other hand, an increasing focus on refining user-experience and exploring new possibilities for citizen-science using mobile technologies (Figure 3) is likely to quickly expand their contribution to the challenging task of managing the world’s water resources. 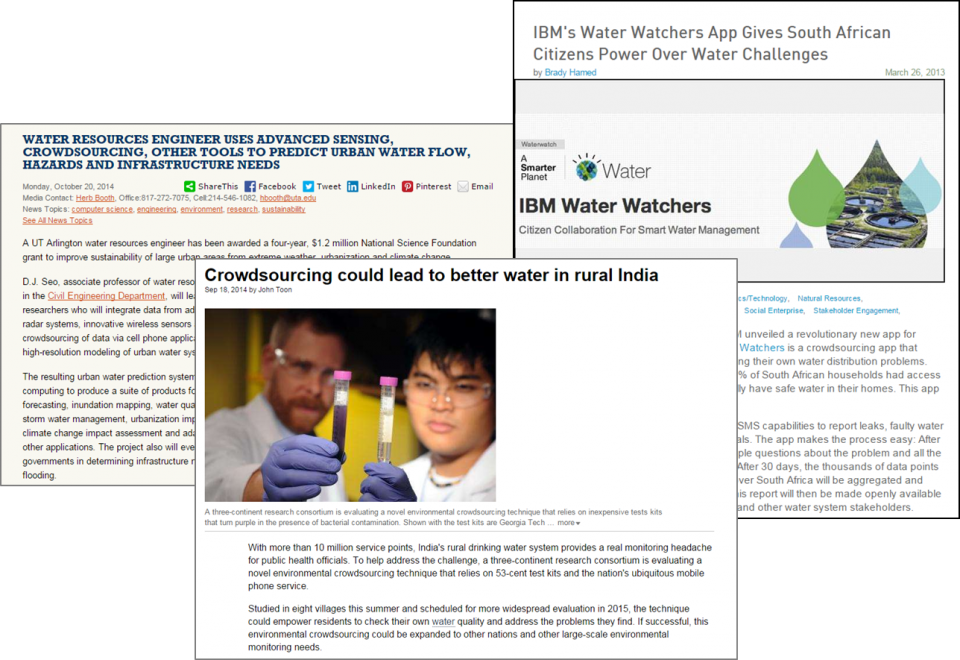 Crowdsourcing projects for water management making use of mobile technologies