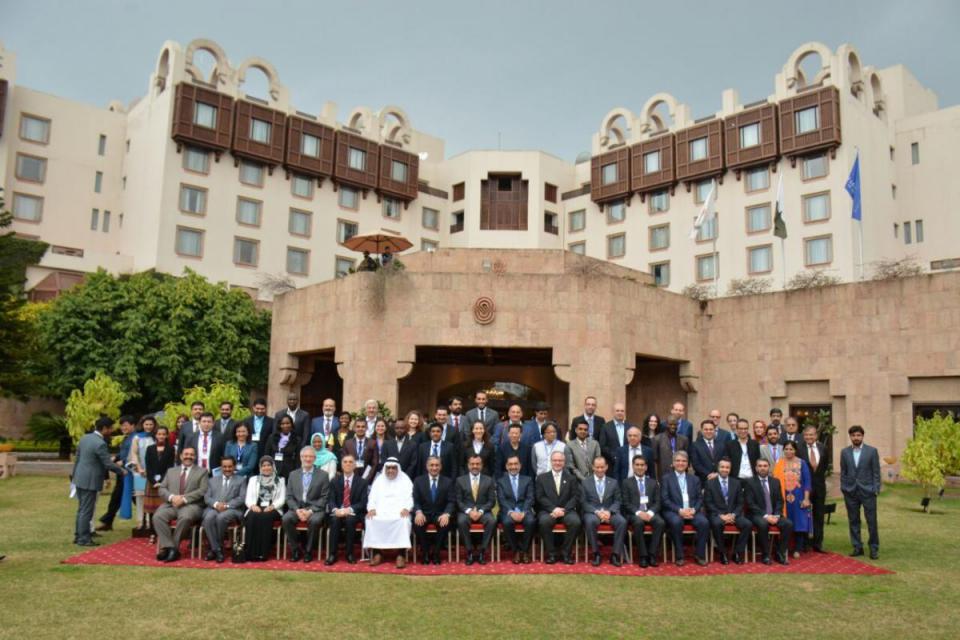 ISEPEI took part in the 4th International Conference on the Use of Space Technology for Water Management, held in Islamabad, Pakistan, from 26 February to 2 March 2018. This event was hosted by the Pakistan Space and Upper Atmosphere Research Commission (SUPARCO) on behalf of the Government of Pakistan, co-sponsored by the Inter-Islamic Network on Space Science and Technology (ISNET).

The United Nations Office for Outer Space Affairs (UNOOSA), the Government of the Islamic Republic of Pakistan and the Prince Sultan Bin Abdulaziz International Prize for Water (PSIPW) jointly co-organized this Conference to promote the use of space technology in water management for the benefits of developing countries.

Dr. Lagutov represented the Central European University, contributing to the organization of the Conference as a member of the International Programme Committee. He introduced the ISEPEI project and delivered a talk on the role of universities in capacity building on application of satellite technologies. He also chaired the session on Geospatial Information in Water Resource Management and moderated the working group discussions. Anastasia Kvasha and Sara Pruckner presented their current research projects.

Resolutions ans recommendations developed at the Conference will contribute towards UNISPACE+50 and its outcomes, to be held in June 2018, event that marks also the fiftieth anniversary of the first United Nations Conference on the Exploration and Peaceful Uses of Outer Space held in 1968.

This Conference was the fourth international event focusing on water-related aspects of space technology applications in the series of conferences organized in co-operation with, and with financial assistance of the Prince Sultan bin Abdulaziz International Prize for Water (PSIPW) and ISNET. The first such event, the United Nations/UNESCO/Saudi Arabia International Conference on the Use of Space Technology for Water Management, took place in Riyadh, Saudi Arabia, in April 2008, the second conference was organized in March 2011 in Buenos Aires, Argentina and the third one in Rabat, Morocco in April 2014.

More information about the United Nations / Pakistan / PSIPW - 4th International Conference on the Use of Space Technology for Water Management can be found here.